It’s that frighteningly fascinating time of year again: The time, ladies and gentlemen, when the Center for Science in the Public Interest releases its annual Xtreme Eating list — or the list of the eight most shockingly fatty, calorie-laden foods you could possibly order from your favorite chain restaurants.

The offenders, as usual, are from national chains you’ve likely been to more than once. You’ve sipped on beers and chowed down on burgers while watching football at Chili’s, you’ve split a slice of dessert at the Cheesecake Factory with a significant other, you’ve put on your figurative cowboy hat for a steak dinner at Texas Roadhouse — and who’s to blame you? Those are perfectly reasonable, comforting activities after a long day at work.

You will absolutely be blamed, however, if you order any of these so obviously ghastly meals from the following beloved restaurants, especially after becoming alarmed and enlightened by this list. Below are 2017’s most fattening chain meals, as described by the CSPI.

Before we begin, a couple of basic nutrition reminders: A day’s worth of calories is 2,000, saturated fat 20 grams, sodium 2,300 milligrams and added sugar 50 grams, though that is steep as it is. This will be a bumpy ride, so buckle up. (That is, if your seatbelt still fits after reading this.)

As is evident in this chest-tightening photo, this menu item is what would happen if a meat meteor hit the earth with merciless brute force. Those who value their arteries little enough to get this choose three meats, from smoked barbecue chicken breast, jalapeno-cheddar smoked sausage, Chicken Crispers or a half rack of smoked baby back ribs. They can alternate greasy bites of meat with mayonnaise-slathered street corn, fries, chile-garlic toast and pickles. It has more than a day’s worth of calories and twice the saturated fat, so it’s like eating three 10-ounce steaks with garlic butter, loaded mashed potatoes and broccoli.

This shudder-inducing egg dish is packed with ground beef, hash browns, tomatoes, onions and American cheese — but it gets grosser. There is also pickle, ketchup and mustard. You know, on EGGS. With buttery, syrup-drizzled pancakes as its partner in crime, the “omelette” is equivalent to four Sausage McMuffins with Egg from McDonald’s — with extra syrup.

The Cheesecake Factory tweeted that this dish is “made to the exact specifications of Italian nonnas.” Maybe, if they were held at gunpoint and told to forget everything they know about Italian food. This very American dish turns a meat lover’s pizza into pasta, piling Italian sausage, pepperoni, meatballs and bacon on creamy, buttery spaghetti. It may look like a fairly innocent, if indulgent, pasta with meat sauce, but nutritionally, it’s like devouring a meat lover’s pizza that’s topped with three cups of pasta and a cup of heavy cream.

When in Wisconsin, fried cheese curds are a reasonable treat — but not when they’re piled on a bacon cheeseburger with loads of mayonnaise. But since nothing is sacred, Buffalo Wild Wings piled as many curds as could fit underneath a bun roof, and the final product is equivalent to about five Burger King Bacon Double Cheeseburgers.

In a Facebook post, Dave & Buster’s loudly and proudly described, in all caps, this 12-inch cheese quesadilla, stuffed with cheddar, manchego, mozzarella and parmesan cheeses, plus Italian sausage, pepperoni and bacon. Good thing they’re using their loud voice, as it’s the only noise that could drown out the sound of your body imploding after consuming this monstrosity. With 2,000 calories, it’s like topping two cheese quesadillas from Taco Bell with 100 (yes, 100) slices of pepperoni.

Everyone knows that you’re supposed to use up your daily calories on Texas Roadhouse’s rolls and cinnamon butter, not the actual meal! Alas, rolls and peanuts not included, the 16-ounce steak and two veggie-based sides rack up nearly 3,000 calories and 72 grams of saturated fat, probably due to the salad’s dressing and croutons and the potato’s marshmallows and caramel sauce. Great Scott, it’s not even a dessert.

Because one strike wasn’t enough for The Cheesecake Factory, this chocolate banana milkshake is “kicked up” with banana and chocolate liqueurs. I don’t care how awesome it sounds — don’t do it! Its many scoops of ice cream will negate any of the alcohol’s ability to make you forget this has close to 1,000 calories.

“‘Nuff said,” the Grill’s online menu says of the dish. As ridiculously awesome as this looks, indeed, it has an even more insanely large amount of added sugar: 168 grams of it.

If you’re now feeling too scared to leave your house again, for fear that absurdly caloric Chili’s and Cheesecake Factory items will hit you in the face when you least expect it, rest easy with this knowledge: There’s always the “skinny” menu — and the ability to, you know, share your meal or box it up for later. 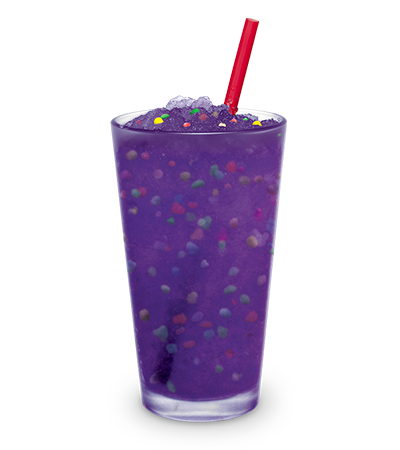