Collard Greens for $66? Only at Neiman Marcus

If, by any chance, you have an extra $66 dollars lying around, you can totally go blow it on soul food that shouldn’t cost more than a few bucks. If you were considering burning that money anyway, or maybe cutting it up into little pieces of confetti, why not take it to luxury department store Neiman Marcus, where you can pick up eight servings of collard greens? “I was like, ‘Whaaaat?'” Nicole Taylor, the author of “The Up South Cookbook,” told The Washington Post. “A lot of things ran through my head. The first was, I need to call and tell my mom that they are selling collard greens for $80.”

Honestly, if you are rich, you can probably get them from a caterer or personal chef for cheaper than that. And you might have to, because the department store vegetables have already sold out.

“The food that was considered poor people’s food, or Southern food, or black food, is now being advertised and sold by a luxury brand,” said Taylor. “I’ve heard people from the South say that they were ashamed that their family cooked collard greens.”

If you’re extra hungry, you can buy a host of other overpriced Thanksgiving food items at similarly exorbitant rates, don’t worry!

Want some cinnamon rolls? Don’t even think about going to the grocery store or bakery! Spend $54 on them instead!! And don’t you dare open up that 50 cent can of cranberries! Buy them for $42!! 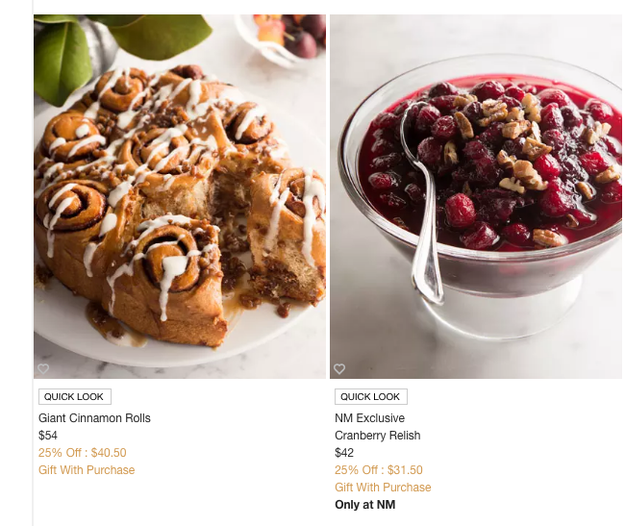 How about some $80 baked beans that we can only hope contain the rarest beans in the world?

Related  Get This: Neiman Marcus Is Actually Selling Tamales For $110 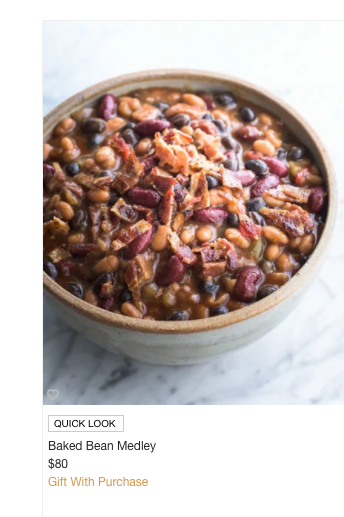 Instead of flying anywhere in the country to dine at your favorite restaurant and promptly head back home, why not pay over $500 for a whole Thanksgiving dinner that we are totally hoping tastes like it is worth at least a quarter of the price? 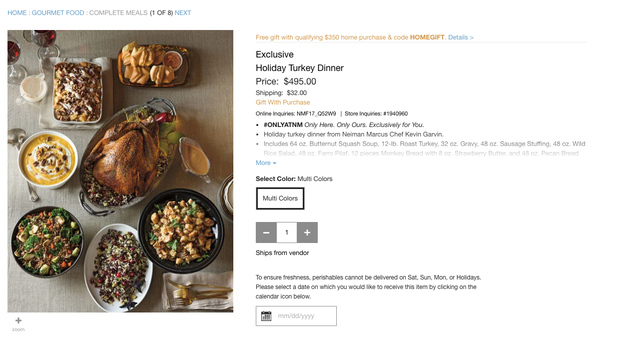 Oh, and by the way, those $80 collard greens are not even made with the proper ingredients, since they have bacon in them, rather than being cooked with ham hocks as per tradition.

Not that it matters. We’re pretty sure that anyone who is actually worried about that is spending less than $5 on some homemade ones that probably taste better anyway.