Behold The Magic Measuring Spoon Of Your Dreams

One of the best things about growing up was transitioning from dreading having to sit down to dinner with my family (I was a very picky eater, and had “more important things to do”) to getting excited over recipes, and gradually becoming a better chef.

No meal, no matter how complex or simple, can be created without the essentials, though; you need your ingredients, and you need your tools. Food has to be measured by something, and cooked on something in order to be served. 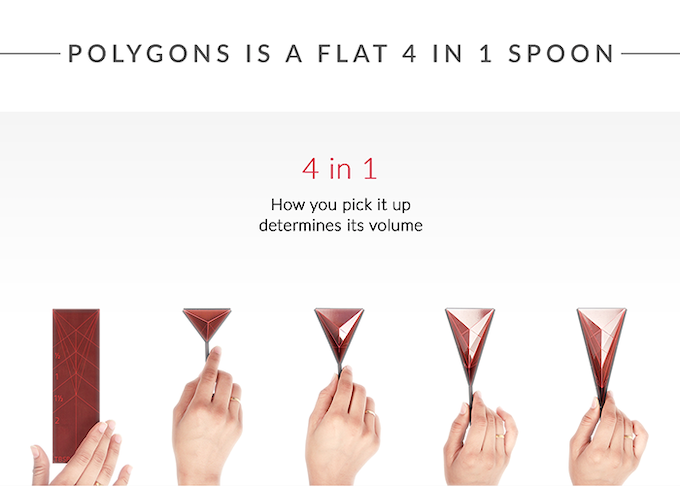 So that’s why this new 4-in-1 measuring spoon called Polygons is proving to be such a hit for amateur and professional chefs alike.

“Polygons is the origami-like measuring spoon that lays flat and folds to 4 different sizes to fit your cooking and baking needs,” reads the tool’s KickStarter page.

Essentially, the company called Polygons Design has created a new, multifaceted cooking tool that is able to transform into multiple measuring spoons. While the Polygon is a flat device naturally, it features several remarked areas across its surface; all you have to do is pick it up along any of its marked measuring figures, and the spoon adheres to your desire — shapeshifting forms.

And what’s more, it’s super easy to clean. All you have to do is use some hot water and a soapy sponge.

The KickStarter also gives other suggestions on how to use the device; you can use its flat surface like a knife, and scoop/spread your ingredients (like jam) onto food. Because it’s flat, it is also easy to store, and takes up hardly any space in your kitchen cabinet.

If you’re interested in getting your own set of Polygons spoons, you’ll need to pledge $33 on the company’s KickStarter page now. You used to be able to pledge less, but the spoon is such a hit that the cheaper pledges are no longer available. The estimated delivery is January 2017, and they’ll ship anywhere in the world. 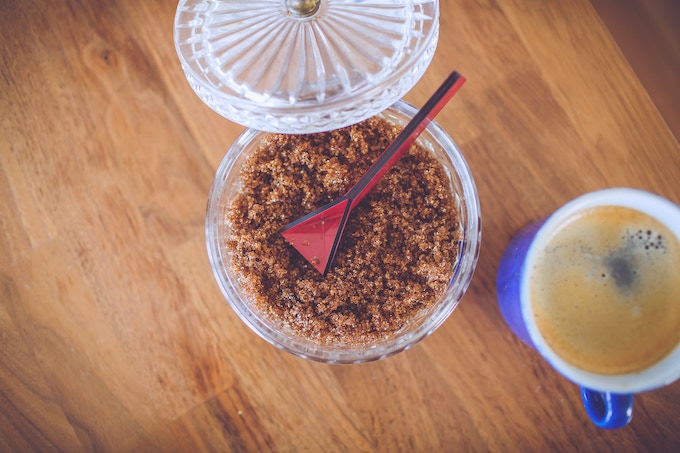